The Punjabi film industry is well known for its extra spicy flavour that is added to its movies. You get to choose from a wide variety of genres like romance, action, drama and comedy. Hence, the films are so widely popular all around the world, especially the Punjabi movies in the comedy genre. So, let us take a look at the top 5 comedy punjabi movies that deserve special attention for being among the crown jewels of comedy in 2021.

Diljit Dosanjh and Shehnaaz Gill-starrer, Hosla Rakh is a romantic comedy entertainer. The film narrates the tale of human emotions that’s sure to strike a chord when you watch Hosla Rakh. It is the story of a single father who lives with his 7-year-old son. The film shows his backstory and slowly transition into his post-divorce present life. Hosla Rakh was released on Amazon Prime Video. So, you can stream it on the OTT platform with a subscription plan.

The film is a Punjabi language Comedy-Romance flick directed by Sharan Art. Galwakdi features actor Tarsem Jassar and Wamiqa Gabbi in lead roles. It is a love story of two people with contrasting personalities who end up living under the same roof. The film is a journey of their love-hate relationship, making it an interesting watch in the comedy genre. The chemistry between the lead characters is really good. Galwakdi has many laughable moments that you will enjoy watching. It was one of the best Punjabi movies to watch right now.

Directed by Gippy Grewal, the film Shava Ni Girdhari Lal has a theme of comedy and romance. Featuring Gippy Grewal, Gurpreet Ghuggi, Karamjit Anmol and Neeru Bajwa in lead roles. In the movie, Girdhari is a Punjabi guy with a golden heart who has a hard time finding his true match. His desperation of finding love invites trouble and chaos wherever he goes. Shava Ni Girdhari Lal is worth watching for its comic sequence, brilliant performances and hilarious dialogues.

Kuriyan Jawaan Bapu Pareshaan revolves around the story of a father who yearns for a male child but ends up having three daughters. The film turns hilarious when Karamjit, who plays Sharma Ji in the film, becomes a possessive father trying to safeguard his daughters through adulthood. A film gives out a message that parents need to believe in their kids irrespective of their gender and, kids should never take the freedom provided by their parents for granted.

The comedy film is directed by Janjot Singh and is a direct sequel to the 2020 film Chal Mera Putt 2. Chal Mera Putt 3 is about three immigrants and their life in the UK. They try to make the most of their situation by bonding and sharing their struggles of making a living in a foreign land. It stars Amrinder Gill, Hardeep Gill, Simi Chahal and Garry Sandhu in pivotal roles. It is indeed a good light-hearted comedy movie that you can watch with your loved ones. 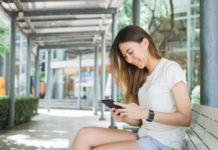 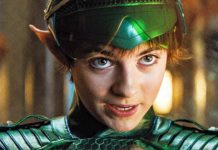 Artemis Fowl: Informations At Your Fingertips 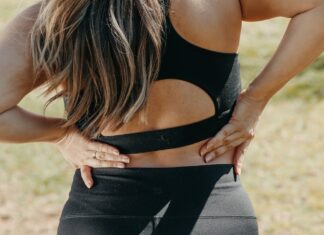